We know that fiber optic technology has started a revolution in the human communication process and optical fiber is the key component in fiber optics. Light, of course, no doubt is the carrier of our communication signals. We have been using light to transmit information for hundreds of years from now. However, the new way of transmitting light through optical fibers opened up new avenues of technological innovations that have started enhancing human life.

Similarly, the invention of LASER (Light Amplification by Stimulated Emission of Radiation) in the 1960s was one of the major leaps that made the transmission of light through optical fibers possible. The laser can send a larger amount of data than telephone, microwave, and copper telecommunication systems.

Scientists have tried many different ways to transmit Laser light. They tried through different types of glass fibers and watched which one gave out lower transmission losses. The experiments span from space to glass tubes to solid glass wires, and so on. Solid glass wires yielded promising results and thus became a preferred medium for researchers.

Copper wires were used for telecommunication and the initial results on solid glass wires were not enough to replace the copper wires. Transmission loss in solid glass wires, called Attenuation was high. Researchers have recorded 1,000 dB/km for the optical fibers in their studies in the 1960s. Such loss levels were not acceptable for transmission, and researchers continued their pursuit to purify the glass in order to achieve lower loss. 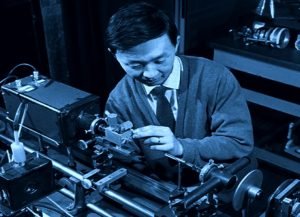 Scientists in Corning’s laboratory in the United States made a multimode optical fiber in 1970, that had a loss of 20 dB/km. That was an amazing achievement in the history of optical fibers and attenuation. Charles Kao, the father of fiber optics proposed ways to achieve attenuation as low as 4dB/km.

G.652B fibers offered by optical fiber manufacturers have attenuation values less than 0.35 dB/km at 1310nm and 0.20 dB/km at 1550nm. This is the case with ITU-T G.652C and ITU-T G.652D fibers, though the ITU-T Recommendations specify 0.4 dB/km at both wavelengths for both types.

The pursuit for lower losses for optical fibers has led to the invention of Low loss optical fibers. Some manufacturers have achieved a level of 0.17 dB/km at 1550 nm and 0.32 dB/km at 1310 nm for G.652 category fibers.

Some fiber manufacturers were able to achieve attenuation less than 0.16 dB/km for cut-off shifted fibers, which are used for transoceanic ultra long haul networks. The lowest attenuation reported so far is 0.1419 dB/km. This was reported by Sumitomo, as per the new link here: Sumitomo Succeeds Mass Production of Ultra Low Loss Optical Fiber with 0.14 dB/km